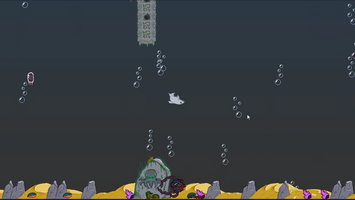 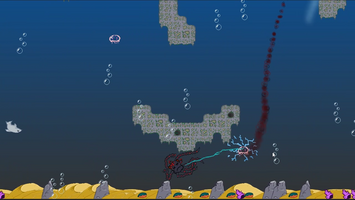 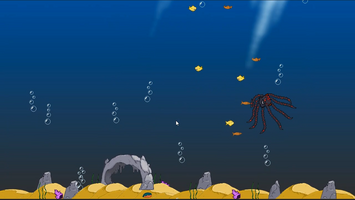 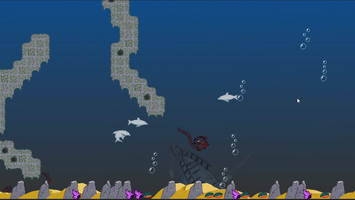 We've made a game for Ludum Dare 43. It's called Son of Cthulhu and it's about an octopus who shoots his own tentacles to fight sharks and electric jellyfishes on his way to the bottom of the sea to find an althar of his father Cthulhu :)

The  theme of the jam was "sacrifices must be made" so our take on it was to make a mechanic where you have to sacrifice parts of your body to defeat enemies.

There are some minor issues with the game that I only realised after the submission for the jam, namely the way aiming works is not obvious so it might be irritationg at times, and jellyfihes seem to be OP. I'll fix those soon.